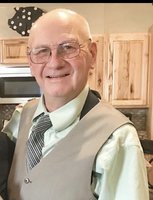 Deacon Floyd Turner, the man with one of the biggest hearts around, left his earthly ministry on Valentine’s Day (2/14/20) due to a traumatic brain injury he sustained in a fall. Floyd Eugene Turner was born on 11/13/52 in Leadville, CO to Doug & Ann Turner. When he was seven, his family moved to Raton, NM. During high school he was active in FFA and worked on the TO ranch for his FFA teacher. He was always a rancher at heart and one of his proudest moments was raising a grand champion steer. Floyd moved to St. Maries, ID in 1970 and graduated from St. Maries High School in 1971. He joined the navy after high school and was honorably discharged for medical reasons. Floyd married Meeta Jo Markham in 1976, and they were blessed with two boys Tim and Travis. The couple later divorced. In the summer of 1981, Floyd and Nancy were introduced and it was love at first sight for both of them. They were married on June 5, 1982. Floyd adopted Nancy’s son Patrick and then Marissa came along in February of 1983. Their blended family was now complete. Floyd was always a hard worker and a good provider for his family. He worked for the State of Idaho Highway Department, Jack A Buell Trucking, Dennis Humphrey Trucking and most recently for Jack Crane Backhoe & Trucking. Floyd owned a long-haul truck in his early years and put many miles in driving across the country and to Canada. He also owned his own logging truck for a few years. Floyd tried to retire a couple of times, but it never quite took hold. He tried his hand at selling real estate and did quite well but decided being in an office full of women with too many hormones was not for him. On October 15, 2007 Floyd was ordained a deacon in the Catholic Church. He served at St. Mary Immaculate Church in St. Maries and Our Lady of Perpetual Help in Harrison under the guidance of numerous priests. Many say he was the glue that held the church community together. He loved serving the people of God. His ministries included baptizing, sacrament preparation, visiting the sick, weddings and he and Nancy facilitated many funerals. He will always be remembered for his compassion and willingness to serve in any capacity. Floyd was passionate about many things: his faith, his family, and his friends, truck driving, the Seahawks, his river lot, horseback riding, traveling especially to visit his brother Bill and his family in Raton, NM, the Oregon coast, Hawaii, Yuma and anywhere else that was warm. He enjoyed cooking, working in the woods, camping and laughing with his family and friends. He also enjoyed his time spent with the Rotary Club, the Knights of Columbus, and the St. Joe Valley Car Club. Floyd is survived by his wife Nancy, his children Tim, Travis (Laurie) and Marissa, brothers Bill and Rick (Judy), brothers in-law Kelly (Serena) Crane, Dan (Shelly) Crane and Joe Crane, sisters in-law Judy Zook and Caren Crane (Tim Fuller), and grandchildren Floyd Patrick Turner, Trevor Douglas Turner, and Gracie Jo Turner, and numerous nieces and nephews. Floyd was preceded in death by his son Patrick, his parents Doug and Ann Turner and in laws Jack and Leslie Crane. In lieu of flowers, the family suggests donations to the Wishing Star Foundation. Rosary will be recited Friday, February 21, 2020 at 6:30 pm at St. Mary Immaculate Catholic Church in St. Maries, ID. A truck convoy in Floyd’s honor will convene at Harvest Foods at 11:30 am on Saturday (Feb. 22nd) and will drive through town to the Cormana Building where Floyd’s Memorial Service and Mass will be held at 1:00 p.m. A meal will be provided afterwards.