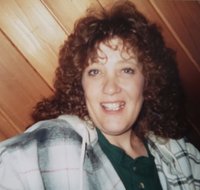 Susan L. Thormahlen (67) resident of Fernwood, ID passed away at Kootenai Health on March 7, 2020. She was born in St. Maries, ID on September 25, 1952 to Morris and Carol (Thorne) Sexton. Sue grew up in the Upriver area and graduated from St. Maries High School with the class of 1970. Following high school, Sue married Dave Brusseau and the couple had 2 children Jeni and Mark. After 7 years the marriage ended in divorce. It was then Sue moved to Three Forks, MT for a brief period before moving to Townsend, MT where she went to work as a waitress and bartender. During a pool tournament, she met Don Thormahlen and the couple immediately began dating. On June 25, 1984 Don and Sue married in Coeur d’ Alene, ID. The couple moved to Dillon, MT where they raised their son Josh, and Sue went to work for Town House Inns as a housekeeper. She worked her way up in the hotel and ended up serving as Manager. An opportunity came up in Havre, MT for Sue, so the couple moved there, and she began her role as the Manager of a Hotel and Convention Center. Once Sue’s first granddaughter was born, she made the decision to retire from Hotel Management and move to Fernwood, ID to be closer to family. She worked part time at the Upriver school as a substitute teacher. She also babysat a lot of the Upriver children. Sue enjoyed spending time with her family, specifically her grandchildren. She loved the outdoors and was happy when she was camping, picking huckleberries, and fishing for blueback. Football was her favorite sport and the Pittsburgh Steelers were her favorite team. Sue is survived by her husband Don at the family home; children Jeni (Mark) McQueen of Santa, ID, Mark (Theresa) Brusseau of Fernwood, ID, and Josh Thormahlen of Bellingham, WA; mother Carol Sexton of Spokane, WA; sisters Peg (Marv) Nelson of Fernwood, ID, Lin Cook (Don Ickert) of Woodland, WA, Merri (Rob) Carlson of Spokane, WA, Teresa Schroder of Spokane, WA. Also surviving are 8 grandchildren; 4 great-grandchildren; and 1 on the way; numerous nieces and nephews. She is preceded in death by her father. A memorial service will be Saturday March 14, 2020 at 1:00 pm at the Elks Lodge in St. Maries. A potluck gathering of family and friends will follow to share a meal. Because Sue was such a huge football fan, the family is asking that everyone please show up in their favorite sports team jersey’s or gear…. Unless you are a Patriots fan.