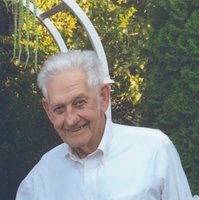 Leo Kamysz (85) resident of Plummer, ID passed away on March 19, 2020 at Kootenai Health in Coeur d’ Alene, ID. He was born on April 15, 1934 in Cowlesville, NY. Leo joined the U.S. Army and served in the Korean War. After he was honorably discharged from the Army; he re-enlisted into the U.S. Air Force. During his career in the Air Force, he served 2 tours of duty in the Vietnam War. After retiring from the Air Force, Leo worked many years as a mechanic. He was blessed with special skills and worked on numerous and various types of vehicles over the years. Leo enjoyed fishing, hunting, camping, and growing a garden. Leo is survived by his son Joseph Kamysz and daughter Julie Foster. Also surviving are his sister Bernice, 5 grandchildren, 3 great-grandchildren, and wife Pamela Kamysz. He is preceded in death by his parents John and Veronica Kamysz, siblings Pearl, Jean, Edward, Franklin, and Jane, and his former wives. A Memorial Service will be scheduled at a later date.