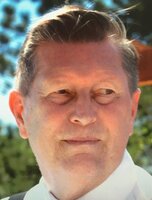 William F. Catelli Sr. M.D. (78) resident of St. Maries, ID passed away at Benewah Community Hospital on December 29, 2021. He was born to Frank and Velma Catelli on February 15 ,1943 in Pomona, CA. Bill grew up in Pomona and graduated from Poly High School at the age of 15. Following graduation, Bill worked as a Fireman for the California Division of Forestry while attending night school. Bill relocated to Walla Wall, WA where he obtained a BS in Biology. After receiving his BS, he went onto Loma Linda University where he graduated with his M.D. Work took him all over the United States. While in Orlando, FL working in an Emergency Room, he met Rose McClintock, and the couple married on March 28, 1976, in Winter Springs, FL. Bill worked as a Family Practice Physician and an ER Physician on and off over the years. The family spent time in Orlando, FL, Chinle, WI, Walla, Walla, WA, Tri-Cities, Aberdeen, WA, Ft. Huachuca, AZ, Grangeville, ID, and Colville, WA. In 2001 Bill was in a terrible car accident that forced him into retirement. Rose’s work as a nurse brought the couple to St. Maries, ID where Bill enjoyed retirement. He also enjoyed gardening, hiking, and anything the outdoors had to offer. When he was able, he water and snow skied. His family meant everything to him, and he was a devout Seventh Day Adventist. He loved to preach, teach classes, and attend the local church in St. Maries. Bill is survived by his wife Rose at their home in St. Maries, children William Catelli Jr. of Squim, WA, Christine Catelli of Spangle, WA, Brian Catelli of Orlando, FL, Timothy Catelli of Spokane, WA, Katie (Aaron) Hayes of Spokane, WA, Nathaniel Catelli of Pensacola, FL, and Levi Catelli of St. Maries, ID; sisters Sharon Sharp of Redding, CA and Donna (Neil) Wilson of Redlands, CA; numerous grandchildren, great-grandchildren, nieces, and nephews. He is preceded in death by his parents. At this time there aren’t any services planned.