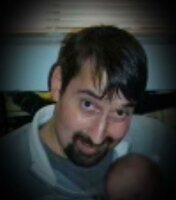 Michael David Burch (50) resident of Emida, ID passed away at Kootenai Health in Coeur d’ Alene on April 30, 2022. He was born to Norman and Karin (Altmiller) Burch on March 2, 1972, in Moscow, ID. Michael grew up in Clarkia and Fernwood. He attended the Upriver School and later graduated from St. Maries High School with the class of 1990. Following graduation, Michael went to work logging in the woods for Bob Hammond. On February 9, 1991, he married his high school sweetheart Renee Brusseau, and they had their daughter Stephanie. He then went to work for Emerald Creek Garnet. Michael returned to the woods logging with his father and injured his back. His injury persuaded him to further his education, so he attended satellite classes through North Idaho College and satellite and on campus classes at University of Idaho. He received his degree, obtained his teaching certificate, and went to work teaching Kindergarten for the Plummer School District. Michael and Renee’s marriage ended in divorce, but they remained very good friends. Michael was lucky enough to still have his childhood friends by his side over the years. They helped him raise Stephanie and took her on several adventures. At this time, Stephanie was the light of his life, and he doted on her. They were best friends; to her and her friends and he played taxi service, maid service, and personal chef, and he took great joy in being a father. Later when his grandchildren came along, they had him wrapped around their little fingers and he would do anything for them as well. He also had his fur babies that were very special to him. Michael enjoyed everything the outdoors had to offer. At a young age he raced snowcats at the fossil bowl, and as an adult he enjoyed riding 4 wheelers, camping, hunting, fishing, and shooting and collecting guns. An 80’s kid at heart, he loved old Chevy pickups, and he loved the music specifically Ozzy Osbourne, ACDC, and the Beastie Boys to name a few. Michael is survived by his daughter and her significant other Stephanie Burch and Michael Massing of St. Maries; grandchildren Eli and Gunner; mother Karin Burch of St. Maries, ID; brother Norman (Beverly) Burch of St. Maries, ID; sister Terri (Brent) Hanson of St. Maries, ID; his 100 year old grandmother Marjorie Altmiller; nieces and nephews Travis Burch (Megan) Burch, Trisha (Matt) Burch, Amber (Chris) Eachon, Cody Hanson, and Trace Hanson; and mother of his child Renee Brusseau of St. Maries, ID. He is preceded in death by his father Norman Burch and his Boxers. At Michael’s request there will be no services. He will be laid to rest with his father at Woodlawn Cemetery.