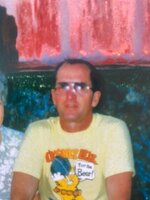 Jerry D. “Mike” Johnston (82) longtime St. Maries native, died May 16, 2022, at St. Maries, ID. He was born November 24, 1939, to Barney and Ruth (Floyd) Johnston Sr. at St. Maries. He grew up in St. Maries and attended schools here. He left school early to go to work in the construction industry as a carpenter. He worked in all forms of construction and was a “Jack of all trades” in the industry. Mike married Ellen Epler on June 3, 1961, at St. Maries where they made their home. Mike worked on the construction of the Federal Building in St. Maries. He and Ellen moved to Moscow in 1969 where he became a Union Carpenter. Mike worked on the construction of the Kibbie Dome roof. He also worked on the construction of the Idaho Forestry Bldg. in Moscow. In 1980 Mike went to work for Washington State University and helped construct the Beasley Performing Arts Center on the WSU campus. Mike retired in the early 1990’s shortly after his wife Ellen retired as the Latah Co. Auditor. They briefly lived in Rathdrum, ID before moving back to St. Maries and their Garden Tracts home. Mike’s wife died in 2010. Mike enjoyed hunting and fishing, especially for blueback. He loved camping and riding all types of motorized adult toys including his dirt bike, side by side and four-wheeler. Mike is survived by his son Doug Johnston of Post Falls, ID and his daughter Kelly McBride of Coeur d’ Alene, ID; brother Jim (Buelah) Johnston of St Maries; and sister Jeanette Fatur of Spokane, WA. He is also survived by 4 grandchildren and 4 great grandchildren. Mike was preceded in death by brothers Barney “Bud” Johnston Jr., Gene Johnston and Jack Johnston and sisters Marjorie Schnabel and Mary Amos. At Mike’s request, no services will be planned.