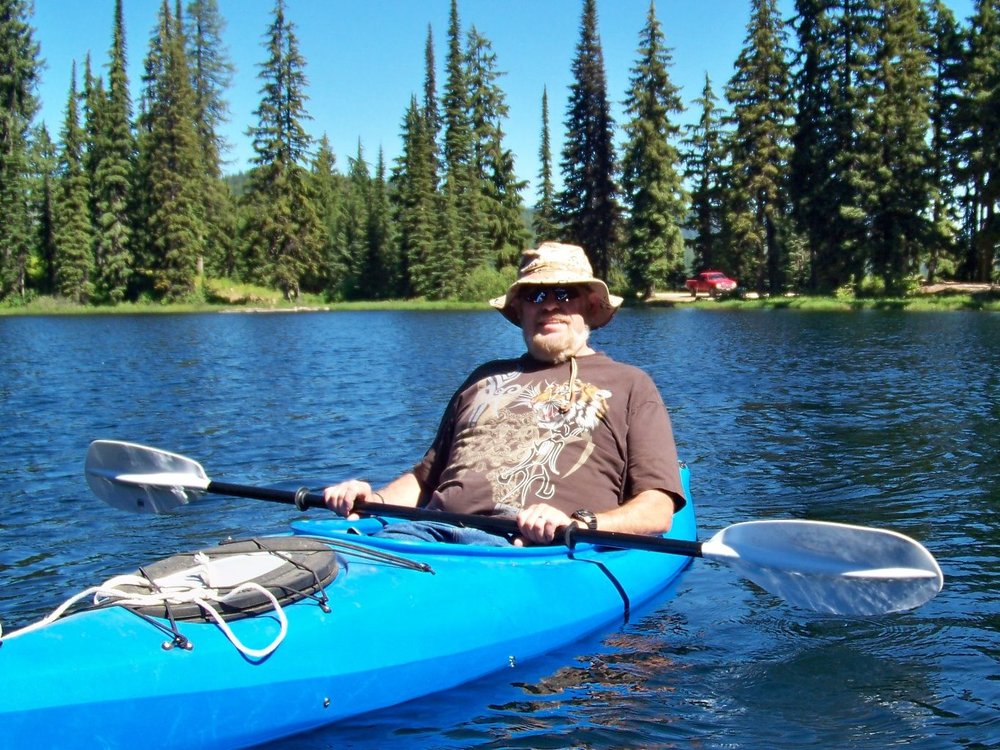 Steven P. Malone (69) resident of St. Maries, ID passed away in Coeur d’ Alene, ID on July 6, 2019.  He was born to Marvin and Edna (Turner) Malone in Vancouver, WA on October 22, 1949.  Steve grew up in Vancouver, graduating from Evergreen High School with the class of 1968.  Following high school, he attended Clark Community College Vocational School for 2 years, becoming a Journeyman Carpenter.

For the next 20 years, Steve worked in the carpentry trade.  For a time, he lived in Grandview, WA and was employed at Hanford Nuclear Reservation.  Later on, his work took him to Helena, MT.  In 1985 he moved to North Idaho to help care for his parents.  He and his dad worked together for a number of years building and remodeling homes.  The family moved to Worley, ID, and eventually Steve went to work as a custodian for the Plummer/Worley school district.  This arrangement was good for Steve because it allowed him to handle home needs when they came up.

In 1992, Steven met Gail Martinell at the Worley school, and the couple married in 1999 at the Hitching Post in Coeur d’ Alene, ID.  Gail joined him in taking care of his father, and once his father died in 2001, the couple relocated to Gail’s home up the Benewah.   Steve then went to work for the Coeur d’ Alene Tribal Casino in their security department, and held this position for 10 years before health issues forced him into retirement.  In 2013 Gail and Steve divorced, but remained very good friends.  He enjoyed camping, fishing, 4-wheeling, kayaking the lakes and reservoirs, listening to music, reading about Civil War history and the Lewis and Clark Expedition, and his dogs.  Steve loved computers and gadgets of all kinds, and had an outrageous, wicked, and rollicking sense of humor.  Gail always thought of him as her big jolly man.  He was kind and gentle, and he cared tenderly for his aging parents.  When his mother was terminally ill at home, Steve installed a bird feeder where Edna could see the birds from her wheelchair, and he took her on drives up the Joe to enjoy the beautiful scenery.  When his father was disabled for the last 10 years of his life, Steve did his very best to keep Marvin comfortable at home while he worked full time.  He was good to Gail’s family and loved his grandson.

Steve was preceded in death by his parents.  He is survived by his brother Dennis Malone of Sacramento, CA; Gail Malone and Jason/Rhonda Martinell of Fernwood, ID; a grandson in the Marines; 2 nieces and 2 nephews and their families.

No services are planned at this time.

Services for Steven Malone
There are no events scheduled. You can still show your support by planting a tree in memory of Steven Malone.
Visit the Tribute Store
Share Your Memory of
Steven
Upload Your Memory View All Memories
Be the first to upload a memory!
Share A Memory
Plant a Tree