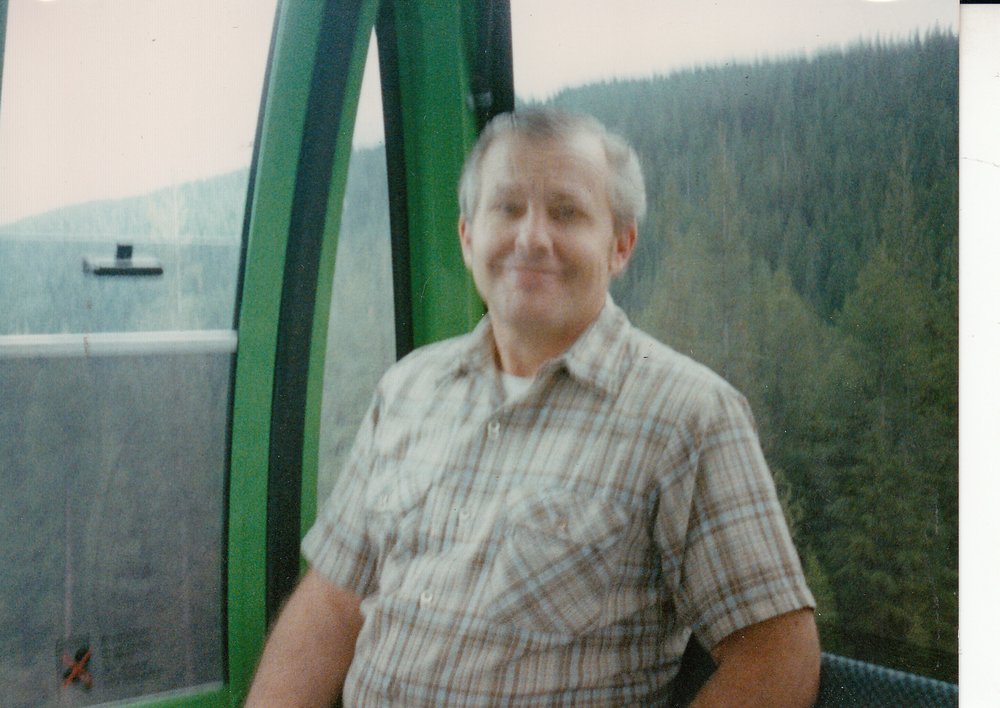 Following High School, Vern began his truck driving career.  He moved to Fernwood, ID.  It was there, he met Vinnie Norton at Mary’s Rendezvous in Clarkia, ID.  She was waiting tables and he would come in with his son to eat.   They were married April 17, 1970 at the Hitching Post in Coeur d’ Alene, ID.  Vern worked for Bud McCall and Emerald Creek Garnet mill and later at Emerald Creek’s jig plant.  He retired in 1996.

Vern loved to ride motorcycles.  He and Vinnie would ride from Fernwood to British Columbia in Canada. It wasn’t uncommon for Vern and Vinnie to take off and ride to Elk River for ice cream cones.  He enjoyed 4 wheeling with his family around Clarkia.  He also enjoyed working on his property.

Vern learned to operate a computer. He was McGuyver smart and could figure anything out but plumbing.  Vern enjoyed listening to old country music.   He once bought a new Television.  He couldn’t hear it so he re-wired it so the speakers were behind him so he could hear better.  His favorite TV shows were Tim the Tool Man, NCIS, Law and Order SUV and the Last Man Standing.

Vern is survived by his wife Vinnie at the family home.  His son Jerry Jorgensen of LaGrande, OR.  Also surviving are his brother Darrell (Patty) Moss of Lewiston, two ½ sisters and two grandchildren and several great grandchildren.

No services will be held at this time.  You can visit his memorial and sign his guest book at www.hodgefunealhome.com

Services for Vernon Jorgensen
There are no events scheduled. You can still show your support by planting a tree in memory of Vernon Jorgensen.
Visit the Tribute Store
Share Your Memory of
Vernon
Upload Your Memory View All Memories
Be the first to upload a memory!
Share A Memory
Plant a Tree