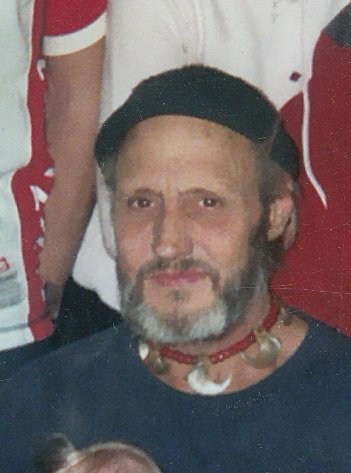 Charles (Charlie) Seyferth, age 70, passed away Wednesday, October 9th in his home near St. Maries, Idaho. He was born August 4th, 1949 to William and Patricia Seyferth in Boston, Massachusetts. Charlie lived his life on his own terms and will be fondly remembered as a generous soul who loved God and all his creatures.

From a very early age, Charlie had a love for animals. As a young boy he spent his summers in search of turtles and snakes in the lakes, bayous, and ponds near his home in Muskegon, Michigan.  Known as a skilled stalker, he was able to trade his catches with the other kids in the neighborhood for necessities such as marbles and candy. Always concerned for the wellbeing of his animals, on one occasion he implored his mother, “not to hurt the turtle,” which had both a firm and bloody hold of his finger.

Charlie lost his father at the age of 3 to polio, which set in motion a series of moves that would take his family around the country for his mother’s employment opportunities. The first stop was in Greenwich, Connecticut, where his Mother and younger brother, Bill, lived in the garage apartment of his Aunt Jean & Uncle Bob. Down the street lived the then sitting Senator from Connecticut, Prescot Bush, who was to become the father and grandfather to two future U.S. Presidents. Socially, Greenwich was a huge change from Michigan. Charlie found his refuge in large wooded areas in the neighborhood and the brook across the street. There he learned the ins and outs of “Have-a-Heart” traps and the variety of prey that he could capture.

Having further enhanced his resume he received a call from the neighbor Senator Bush, to see if he could trap a large raccoon that was making a big mess in his garage. About a week later one very angry racoon was hauled out of Senator Bush’s Garage with the help of his brother and placed in the trunk of his mother’s Buick for the ride home to his new, albeit temporary, confinement.

Adequate summer supervision was a bit of an issue while living in Greenwich, so Charlie and his brother were sent on “vacation” to Florida, where their Grandparents could help keep an eye on them. Summers in Tampa and Sarasota, Florida exposed Charlie to new adventures, like trapping an alligator with his Great Uncle Bob Mills, and spending endless hours exploring the shorelines of Sarasota Bay with fishing pole in hand.

In 1963 the family again picked up and made a move, this time to Mountain View, California to be close to another of his mother’s sisters. Charlie was at home in California. He lived close to the mountains and the ocean, and he loved the open spaces that he could explore. Charlie graduated from Awalt High School in 1967 with less than a stellar academic record. The issue wasn’t lack of intelligence; it was lack of interest. When he found something interesting and relevant, he excelled.

In 1968, he began his first of several journeys to South America. His first excursion was cut short when he fell from a cliff, breaking his leg while going fishing in Oaxaca, Mexico. After realizing that the medical attention he had received was lacking, he began a 2,500-mile trek with one leg in a cast on homemade crutches via bus and hitch-hiking back to Mountain View.

In 1970, after surgery and some recovery time, he set out again this time with his long-time girlfriend and future wife, Lynne Hunter. They traveled throughout Central America ending up in Quito, Ecuador. Charlie and Lynne returned to California and were married in January of 1971. On a subsequent trip to Ecuador after their wedding, Charlie was “busted” for marijuana possession and spent the next 5 years in Quito at Carcel Garcia Moreno, the local prison.

While very difficult to endure, he made the best of his time in prison.  He learned wood working and began his journey of faith that stayed with him throughout his life. In 1975, he was released and then spent a short time in the Amazon Jungle with his wife Lynne and their first child Holly, teaching woodworking to the local indigenous population.

Charlie and Lynne returned to the U.S. moving to Boulder Creek in the Santa Cruz mountains of California. Their son, Jeremy, was born. A year later, in 1977, Charlie and Lynne followed Lynne’s brother, Dave, to St. Maries, Idaho. Charlie was her mountain man and they wanted a simple, self-sufficient life in the wilderness.

They lived in a small one room cabin in St. Joe City. Charlie worked at the mill in Calder until he earned enough money to purchase their dream acreage on Flat Creek. Charlie and Lynne lived in a tent on Flat Creek, with their two young children, for the first year while Charlie built their home. Charlie milled his own wood to build their home with his Alaskan chainsaw mill. He carried his milled beams on his shoulder up the ladder bridge that he made to cross Flat Creek to the building site of their home.

Charlie and Lynne’s daughter Patricia and son Daniel were born in the home that Charlie built. Their four children grew up learning how to explore the wilderness and what it meant to work hard and live off the land.  In the summer, you would always find Charlies kids, the “Flat Creek Frogs,” in the creek, weather it was for fun or a bath.

Charlie was a hunter. He tanned his own hides. He made clothes, including jackets, pants and moccasins, out of the hides that he tanned. He made his own arrow heads out of obsidian, was a master wood worker, was also skilled in blacksmithing, and he hand forged knives of all kinds out of planner blades, bearing races, and chainsaw bars. Each knife had a uniqueness to it with a handle made of wood or antler.

Charlie was a legend in his own right. Everyone who saw Charlie would describe him as strong and gruff. Shirtless, jeans with a leather string belt, bare feet, a machete attached to his hip and his signature necklace made of hemp, beads, elk teeth, and cougar claws—he was, to all who knew him, “Tarzan Charlie.”  Or even simply known as “Tarzan.” Those who truly knew him, knew of his big heart and his strong embrace. Charlie was especially passionate about his religion; he loved his Lord.  He became a member of the Seventh Day Adventist Church, becoming a part of their family.

In 1981 Charlie and Lynne separated and later divorced. Charlie re-married Laura Blodgett in 1984. They had two daughters, Julie and Jessica, who were also both born in their home on Flat Creek. Charlie and Laura divorced, and Laura and the girls moved to California to be with her parents.

Unique, intelligent, and “one of a kind” are terms that were often used to describe Charlie by those who knew him. Despite his sometimes gruff exterior, he had a warm heart with a strong faith in God and a love of family, close friends, and nature.

Charlie’s life was a quest in pursuit of the truth’s hidden in this complex, beautiful world that we all share.  Excited and grateful, he extended his rich knowledge with all whom would listen.

A Memorial Service will be Friday, October 25, 2019 at 3:00 pm at the Seventh Day Adventist Church in St. Maries.  A gathering of family and friends to share a meal will follow at the Elks Lodge in St. Maries.