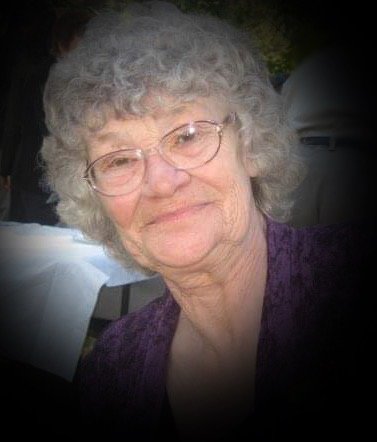 Betty Mae Swallows (81) resident of St. Maries, ID died on December 10, 2019 at Valley Vista Care Center.  She was born to Elmer and Gertrude (Adams) Simons on January 5, 1938 in Genesee, ID.  As a young girl, Betty’s family moved out to the Benewah Valley.  She attended school in Plummer and graduated from Plummer High School with the class of 1955.

Following high school, Betty and her best friend Helen Place moved to Spokane, WA and attended training to become CNA’s at Sacred Heart.  Through their life-long friends Ken and Helen, Betty met Bob Swallows and quickly fell in love.  They married on November 29, 1958 in Spokane, WA.  Bob was in the U.S. Airforce and was stationed all across the continental U.S., and Betty traveled with him.  Originally stationed out of Spokane, WA, the couple returned home where Betty was a homemaker.

In 1980 the Swallows family moved to St. Maries, ID.  Bob was retired from the Air Force, so he and Betty managed the bowling alley.  She running the restaurant, and he providing the maintenance.  She also worked at Sears in St. Maries.  In 1996 the couple officially retired.

Betty enjoyed bowling, gardening, and crochet.  Over her life she had made many beautiful blankets.  She also enjoyed getting together with friends, and spending time with her grandchildren and great grandchildren.

A graveside service will be held Monday December 16, 2019 at 11:00 am at Woodlawn Cemetery with a gathering of family and friends to follow at the John Denny Building in the Benewah County Fairgrounds.  Please visit her online memorial at hodgefuneralhome.com

In lieu of flowers or gifts the family would like donations in Betty’s name to go to any hospice house.