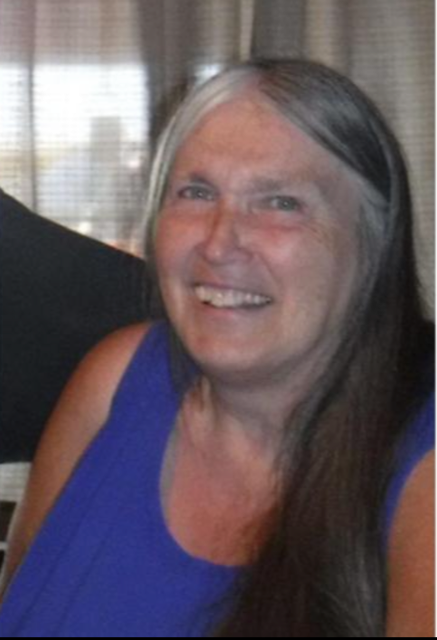 Donna Marie Cannon (68) resident of St. Maries, ID passed away at her home on June 22, 2022 after a courageous battle with cancer. She was born to Leslie and Marion (Pickering) Hill on May 13, 1954, in Spokane, WA. Donna grew up traveling between Salem, OR and Albuquerque, NM. She graduated 6 months early in 1972 from high school in Salem.

Following high school, Donna met her biological father who was from the St. Maries area. She relocated to St. Maries where she met Gary Cannon while working as a bartender at the Korner Klub. Donna moved back to Oregon for a short time, where she worked at an ice cream shop, while keeping her friendship with Gary. After corresponding with Gary for a time, she decided to move back to St. Maries and the couple married in 1975 at the Hitching Post in Coeur d’ Alene, ID. They then moved out to their property on Pettis Peak and worked over the years to build their home.

Over the years Donna worked various jobs and was involved in many different organizations.  She was a homemaker, cooked at the Palouse Divide Lodge, worked at the 4-H Extension Office, and cleaned homes. Donna was an active member of the Valley Piecemakers Quilt Club, designing and making original wall hangings and quilt patterns. She was also a volunteer and leader for several local clubs including Girl Scouts, 4-H, and Campfire. She acted as teacher for a few years while homeschooling her girls and when they returned to public school, she took pride in the fact they had above average test scores. She loved her dogs and cats, ceramics, owning her own kiln, quilting, gardening, reading, and horseback riding. Donna spent many summers working in the hay fields for her friend Steve Mauro in exchange for hay for her horses. Most of all, she was a very supportive wife and mother who loved her family fiercely.

Donna is survived by her husband Gary at their home in St. Maries; daughters Brandy Cannon of Roy, WA and Faydra Fuller of Spokane, WA; siblings Allen Hill, Linda Armstrong, and Rebecca Armstrong, of Albuquerque, NM, Leslie “Tiny” Hill of Ephrata, WA, Greg Hill of California, Wesley Hill of Wilbert, WA, Clifford Hill and Orvetta Osterlund of St. Maries, ID, Heath Hill of Mullan, ID, Julie Smiley of Skamokawa, WA, her grandchildren Jareth Cannon and Mariah Cannon of Roy, WA, her stepmother Donna Hill, and numerous nieces and nephews. She is preceded in death by her parents, her stepfather RL Armstrong, and a woman who was as good as a mother to her called Ms. Davis.

At Donna’s request there will be no services.

A Memorial Tree was planted for Donna
We are deeply sorry for your loss ~ the staff at Hodge Funeral Home
Join in honoring their life - plant a memorial tree
Services for Donna Cannon
There are no events scheduled. You can still show your support by planting a tree in memory of Donna Cannon.
Plant a tree in memory of Donna
Share Your Memory of
Donna
Upload Your Memory View All Memories
Be the first to upload a memory!
Share A Memory
Plant a Tree