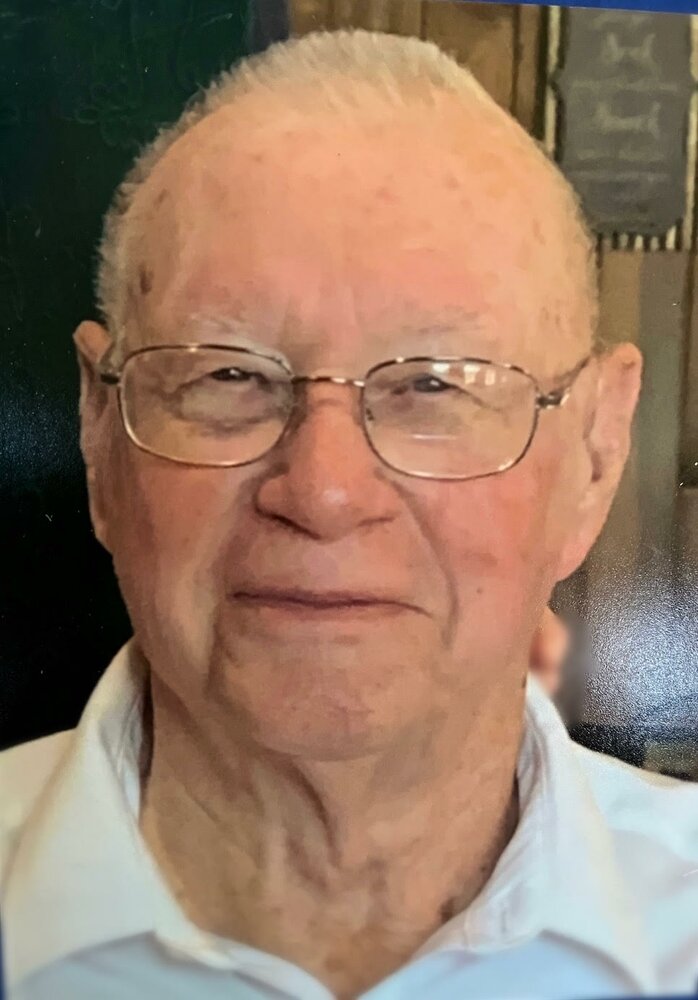 William Eugene Hochstetler (90) resident of St. Maries, ID passed away on September 3, 2022 at Kootenai Health in Coeur d’ Alene, ID.  He was born to Vernon and Marie Hochstetler on November 24, 1931 in Medina, OH.  Bill graduated from Ashland High School in 1950 and joined the US Navy shortly after.  He trained in Aviation Mechanics and served in San Diego, Japan, and the Philippines.

In 1953, Bill met Sarah Taylor at a Bible camp in Minnesota.  The couple married on June 11, 1955 in San Diego, CA and had two boys, Bill Jr in 1959, and David in 1961. In 1982 Bill and Sarah quit their jobs and moved to Jamaica to manage Ocean View Bible Camp.  They managed the camp for 10 years before returning to the United States. In Jamaica Bill was active in ministering and teaching the Gospel. Upon their return, Bill and Sarah traveled across the United States and Canada with Bill speaking at many churches.  In 1996, they moved to St. Maries.  They continued their missionary travels until Sarah’s declining health forced them to stop. Bill loved fellowship with fellow Christians and reaching out to the unsaved. He also enjoyed being with people and sharing stories. He dearly loved and was proud of his grandchildren; Sasha, Daniel, and David Jr (preceding him in death).

Bill is survived by his son Bill Jr and his wife Claire, of El Dorado Hills, CA; son Dave and his wife Dianne of Castro Valley, CA; his 2 grandchildren; 2 great-grandchildren Mason and Peyton; and many nieces and nephews.

A funeral service will be held on Saturday September 10, 2022 at 11:00 am at Hodge Funeral Home in St. Maries, ID. Interment services will follow at Woodlawn Cemetery with a gathering of family and friends following cemetery services to share a meal at the Community Presbyterian Church Fellowship Hall.