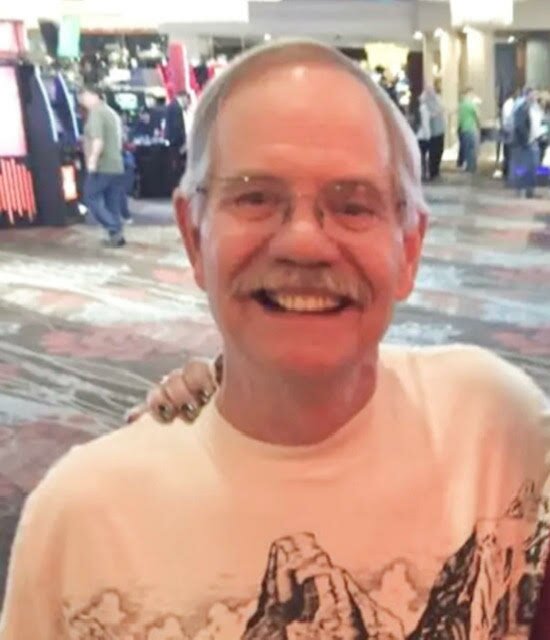 Following high school, Steve attended college and earned his Bachelor’s degree in Criminal Justice with a Minor in Parks & Recreation.  Steve visited St. Maries, ID with a friend and he loved the area.  He applied for a job with the Forest Service and moved to St. Maries.

In 1979 Steve met the love of his life Julie Hamlin.  The couple married on August 15, 1981 in St. Maries and made their home there.  He left the Forest Service and went to work for McGillis & Gibbs Sawmill in Fernwood.  Steve and Julie then ventured out opening and second hand and feed store that was located behind Minerva’s; eventually moving the business to their own property.  After 7 years of having the adventure of owning his own business, the couple decided to close their business and he went to work as the Headrig operator for Edwards Mill, a job he held for 15 years.  Following his employment with Edwards Mill, he then went to work at Fleet Parts as a counterman and fabricator.  He retired after 16 years with Fleet Parts.

Steve with Julie by his side was heavily involved the RMEF and the FNRA.  He was in the process of building a gun range, a project his wife Julie will see that is fulfilled.  When he wasn’t volunteering for various organizations, Steve was an avid outdoorsman who enjoyed hunting, fishing, camping, and sitting outside enjoying the beautiful sunshine.  Most importantly, he loved his family and friends and cherished the time he spent with them.

Steve is survived by his wife Julie at their home in St. Maries; son Robert DeSaussure of Cheney, WA; daughter Stephanie (Bradley) Brede of St. Maries; sister Janet (Ted) Canon and brother Jeff (Mary Louise) DeSsaussure of California; 3 grandchildren; and several nieces and nephews.  He is preceded in death by his parents.

A Celebration of Steve’s life will be held on Friday, September 23, 2022 at 2:00 pm at the Eagles Lodge in St. Maries, ID.  A gathering of family and friends to share a meal will follow.