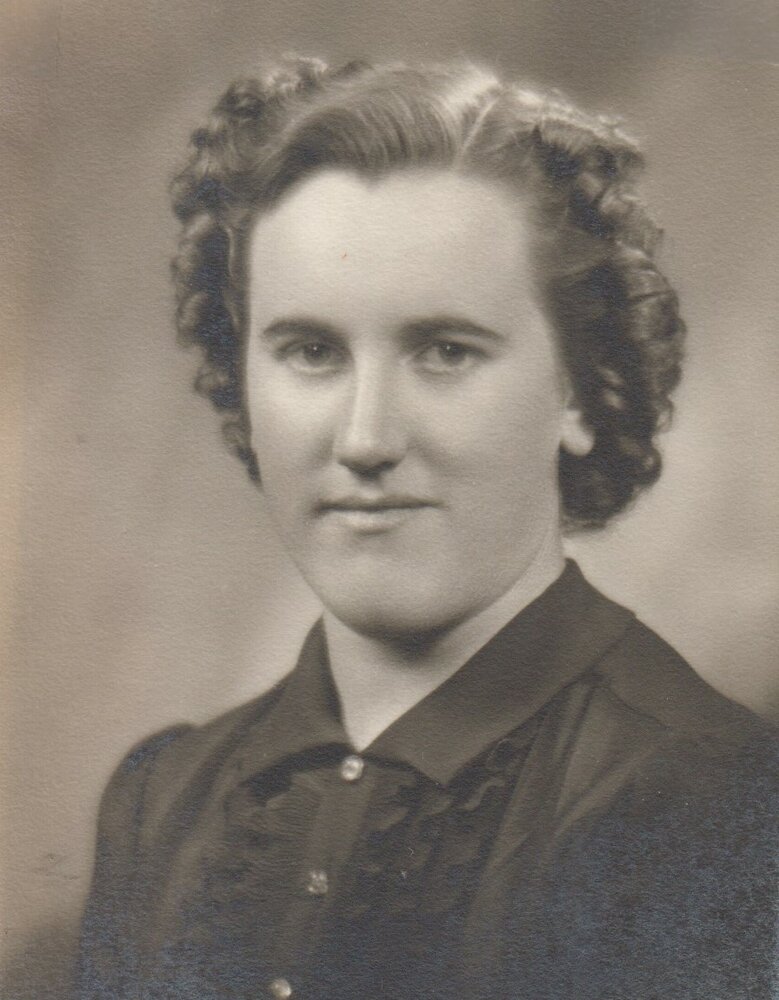 Hazel Virginia Alexander (100) was born on December 29, 1921, to Perry and Fay (McLain) Alexander in La Verne, CA.  Hazel was called home on September 21, 2022, in the early morning at Valley Vista Care Center.

Hazel followed in her brother Roy and her sister Vivian Miller’s footsteps, growing up in La Verne, CA where at the time the orchards of California were her playground, from oranges to almonds.  She graduated from Bonita High and took on many responsibilities.  She stayed in la Verne to care for her father and brother since her mother had passed away.  She worked at J.C. Penny, and she loved her job.  She worked there for many years and was able to meet up with famous people like her favorite Betty White.

Hazel was an amazing person.  She cared for everyone.  The Miller/ Alexander family was big with a lot of children.  If any of them needed attention of any kind, she was the lady to help.  Hazel was not blessed with her own children, but she was blessed to have a big family who loved her and there were a lot of children to take care of, and she was happy to do so.

Hazel loved living on the little farm that was founded in St. Maries, ID in 1977 on a little patch of dirt with her sister and brother in-law located near the Santa Y.  There were many adventures with farm life.  They raised chickens, turkeys (white ones) and one mean goat named Mr. Magoo.  She liked to travel as well.  She would occasionally travel back California to spend time with her brother and sister in-law and many cousins and friends.  When her sister-in-law passed, she unselfishly went to be with her brother to take care of him.  After he passed, she returned to St. Maries and lived out her life on the little farm with her sister and big family.

Hazel lived to be 100 years old, a life that was filled with many adventures.  She drove her car until 2011.  She loved her family so much and will be missed by many.  Her last years were spent at Valley Vista Care Center where she made new friends and loved the staff.  She passed away peacefully in the early morning of September 21.

Hazel is survived by her family, Brick and Kay Miller of St. Maries, ID, Bert and Pat Miller of Hayden, ID, Mike and Cindy Schultz of St. Maries, ID, and Richard and Joanne Aldeterton of Post Falls, ID and numerous nieces and nephews.  She is preceded in death by her parents, sister and brother in-law Vivian and S.B. Miller, brother and sister in-law Roy and Naomi Alexander, niece and nephew in-law Ellen Fay and Bill Cook, and great nephew Shawn Miller.

A Memorial Tree was planted for Hazel
We are deeply sorry for your loss ~ the staff at Hodge Funeral Home
Join in honoring their life - plant a memorial tree
Services for Hazel Alexander
There are no events scheduled. You can still show your support by planting a tree in memory of Hazel Alexander.
Plant a tree in memory of Hazel
Share Your Memory of
Hazel
Upload Your Memory View All Memories
Be the first to upload a memory!
Share A Memory
Plant a Tree