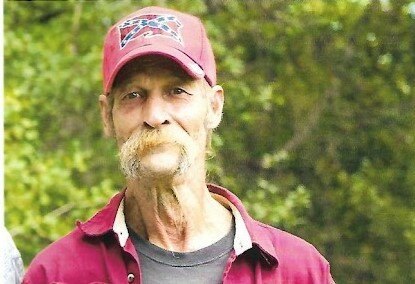 Rick was the fifth of ten siblings and was raised in a loving and noisy home. The growing family moved to the country when Rick was 3. His mother was a homemaker, his father a pilot and Rocket Test Technician, who worked on the Viking and Apollo rocket motors. Rick grew up in the Placerville, CA area and attended El Dorado High School.

In 1972 he followed his eldest brother Carl to Idaho. In August 2022 he celebrated 50 years living in Idaho, something he was very proud of. Rick was always known as a hard worker in the woods, at various area mills, and for Emerald Creek Garnet.

Rick was an avid outdoors man who loved hunting, fishing and hiking. He especially enjoyed hunting bear and cat with dogs alongside his brothers and friends. He was ever quick to offer help to friends and family and was loved by many.

He was preceded in death by his parents Carl and Eve Carney, sisters Carleen and Lynn and by his stepdaughter Elma Krasley. He is survived by his wife Kathy at the family home and daughter Eula (Brian)Trujillo of Fernwood, ID stepdaughter Janna Miller of Cocolalla, ID stepsons Philip Krasley of Gravois, MO, James (Angie) Miller of Duvall, WA, Dennis (Millissa) Miller of Santa, ID and Justin Miller of Santa, ID. He is also survived by brothers Carl (Christine) Carney of Clarkia, ID Alan Carney of Emida, ID, Rory Carney of Emida, ID, Rob (Melissa) of Placerville, CA and sister Sharon of Camino, CA. He has 13 grandchildren and one great grandson as well as numerous cousins, nieces and nephews.

The family would like to extend extreme gratitude to North Idaho Hospice as well as Janna Miller and Mistala Miller for the loving care they showed Rick as he made his journey home. A Celebration of life will be planned at a later date.

A Memorial Tree was planted for Richard
We are deeply sorry for your loss ~ the staff at Hodge Funeral Home
Join in honoring their life - plant a memorial tree
Services for Richard Carney
There are no events scheduled. You can still show your support by planting a tree in memory of Richard Carney.
Plant a tree in memory of Richard
Share Your Memory of
Richard
Upload Your Memory View All Memories
Be the first to upload a memory!
Share A Memory
Plant a Tree