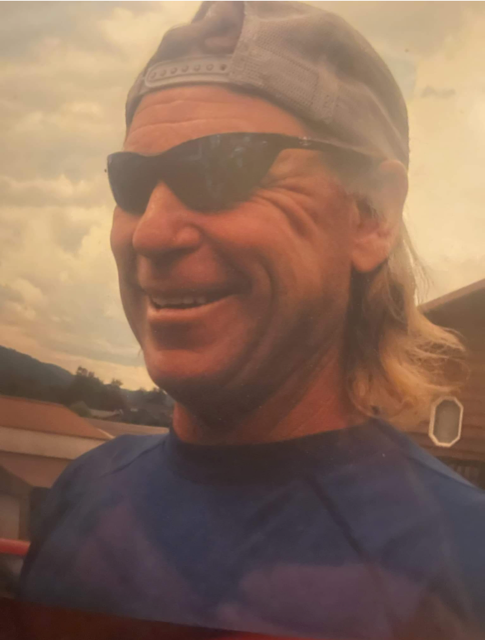 Douglas Anthony Thorp (59) resident of Harrison, ID passed away at Kootenai Health on October 8, 2022, surrounded by his loving family.  He was born to Marshall and Vicky (Burrell) Thorp on February 19, 1963, in West Covina, CA.  Doug grew up in Ocean Side, CA until his family moved to Plummer, ID in 1972.  He graduated from Plummer High School with the class of 1981.

Following high school, Doug adventured around California and the Seattle, WA area.  He made a living logging, roofing, and other various jobs.  On December 26, 1986, he married his lifelong best friend, Nancy Beebower.  The marriage blessed him with Nancy’s 2 daughters and the couple had 2 more together.  Doug worked for Cedar City Lumber Company out of Spokane; he had the opportunity to purchase the business, so he did, and he ran the lumber company for 15 years before closing it.  He then went to work for Harrison Dock Builders and then North Idaho Maritime running tugboats up and down the St. Joe River and Coeur d’ Alene Lake.  Health issues forced him into an early retirement.

Doug enjoyed the water, and anything and everything it had to offer.  He loved boating, swimming, floating, and skiing on the water.  One year on January 1, he and his friend Brad Branson took a boat out on the St. Joe and went water skiing through the ice.  He couldn’t wait for spring and summer to come before getting into the river, so every late winter/early spring he created his own “Polar Plunge” swimming way before the season allowed.  Having a house full of girls, Doug took every opportunity to go out and enjoy the outdoors.  He was also extremely talented and could create drawings and sketches out of just about anything.  He loved wood working and made furniture for his family and toyboxes when his children were little.  His love language giving to others, things he thought his family and friends would enjoy; he was always thinking of others.  Most importantly, he loved his grandchildren and enjoyed carrying the title of “Grandpa”.

At this time there are no services planned.

A Memorial Tree was planted for Douglas
We are deeply sorry for your loss ~ the staff at Hodge Funeral Home
Join in honoring their life - plant a memorial tree
Services for Douglas Thorp
There are no events scheduled. You can still show your support by planting a tree in memory of Douglas Thorp.
Plant a tree in memory of Douglas
Share Your Memory of
Douglas
Upload Your Memory View All Memories
Be the first to upload a memory!
Share A Memory
Plant a Tree