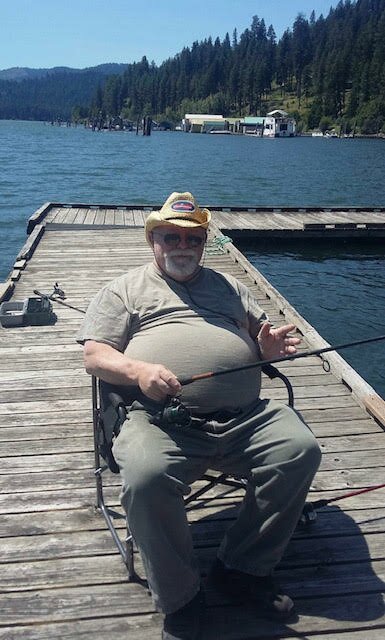 Frank Alexander Hebert Jr. (73) resident of Plummer, ID passed away at Kootenai Health on November 5, 2022.  He was born to Frank Sr. and Ellen Hebert on January 2, 1949 in Marenisco, MI.  As a child, Frank’s family moved around quite a bit before settling in St. Maries, ID.  Frank attended St. Maries High School and graduated with the class of 1967.

Following high school, Frank enlisted into the U.S. Navy.  On October 8, 1969 he married the love of his life and his high school sweetheart Alice “Adair” Stratton, a love story that just celebrated 53 years.  Frank served for 3 years in the Navy with 1 year being in Vietnam.  He served on the hospital ship the Sanctuary.  Once Frank was honorably discharged, he returned to St. Maries, and he and Adair started their family having Matt and Barbie.

Frank worked at various mills, spending several years at Regulus Stud Mills, Inc., logging in the woods for various companies, building caskets at Alpha Casket Company, and as a Jail Commander for the Benewah County Jail.  He also worked security at the Coeur d’ Alene Casino, retiring in 2015.

A man of many talents, Frank was a published author of poetry.  He could also sing, and rarely missed a Thursday night singing karaoke at Bobbi’s Bar in Plummer.  Frank also enjoyed spending time at the Coeur d’ Alene Casino.  An avid outdoorsman, he enjoyed hunting and loved fishing.  He was a big jokester and his most favorite pastime was picking on Adair.  When social media became popular, Frank found much joy in reconnecting with old friends and making new friends on Facebook.  He never missed an opportunity to wish all of his friends a happy birthday or anniversary.  Frank had a huge heart, and he loved his family; having a special bond with each one of his grandkids.

Frank is survived by his wife Adair at their home in Plummer; children Matt (Tina) Hebert and Barbie Hebert both of St. Maries; his mother Ellen Marie Hebert of Coeur d’ Alene, ID; siblings Ellen (George) Weston of Myrtle Creek, OR, Jim (Sonia) Hebert of Post Falls, ID, and Donna (Roy) O’Hara of Alaska; 8 grandchildren; 5 great-grandchildren; numerous nieces and nephews.  He is preceded in death by his father Frank Alexander Hebert Sr.

Graveside services will be Thursday, November 17, 2022 at 1:00 pm at Woodlawn Cemetery in St. Maries, ID.  A gathering of family and friends will take place following services at the John Denny Building in the Benewah County Fairgrounds.