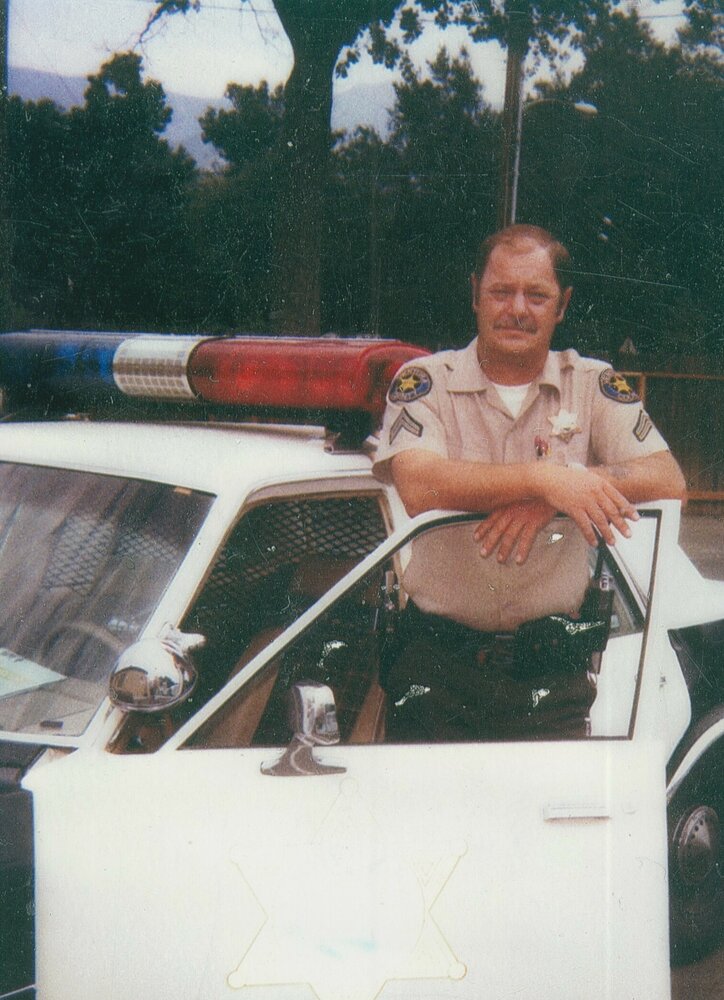 James Paul (J.P.) Vedder (81) resident of St. Maries, ID passed away at the Schneidmiller Hospice House on November 13, 2022.  He was born to Rolland and Margaret (Burke) Vedder on January 2, 1941 in Hawthorne, CA.  J.P. grew up in Hawthorne and attended Junipero Serra High School.  He graduated with the class of 1959.

Following high school, J.P. enlisted into the U.S. Navy.  He served 4 years and was honorably discharged.  J.P. returned to California after he was discharged and briefly worked as a water delivery man as he was awaiting enrollment into the Police Academy.  After his education in the Police Academy, he served 25 years working for the Ventura Sheriff’s Department.  J.P. retired at the age of 49 and moved near the St. Maries and Harrison area.  On a hunting trip, he fell in love with the area and knew he wanted to spend the rest of his time on earth here.  He even spent some time bartending at Rose’s Café in Harrison just to have something to do.

J.P. was married 3 times, but he found a soulmate in his relationship with Charlotte McCoy.  Every year they would take a vacation together, and when they weren’t around each other they spent every day talking on the phone.  He also had a very good friend in Ron Wyatt who at one time saved J.P.’s life.

In his younger years, J.P. loved body surfing on the beaches in California.  He was fearless when it came to skydiving until the one time his shoot wouldn’t open, and he decided to never do it again.  When he was able, he took a lot of pride in his home and always kept a tidy and well-groomed yard.  He enjoyed exercising and enjoyed his property and helpful neighbors.  J.P. also enjoyed drinking beer, crabbing, clamming, and fishing.  He often spent summers in Burney, CA on his grandfather’s ranch just doing what boys do.

J.P. is survived by his daughter Christina Aqualina of Redondo Beach, CA; sisters JoAnn Perlis of Taurus, CA and Chris Vedder of Livermore, CA; soulmate Charlotte McCoy; numerous nieces and nephews; and several friends and neighbors.  He is preceded in death by his parents.

A Memorial Tree was planted for James
We are deeply sorry for your loss ~ the staff at Hodge Funeral Home
Join in honoring their life - plant a memorial tree
Services for James Vedder
There are no events scheduled. You can still show your support by planting a tree in memory of James Vedder.
Plant a tree in memory of James
Share Your Memory of
James
Upload Your Memory View All Memories
Be the first to upload a memory!
Share A Memory
Plant a Tree