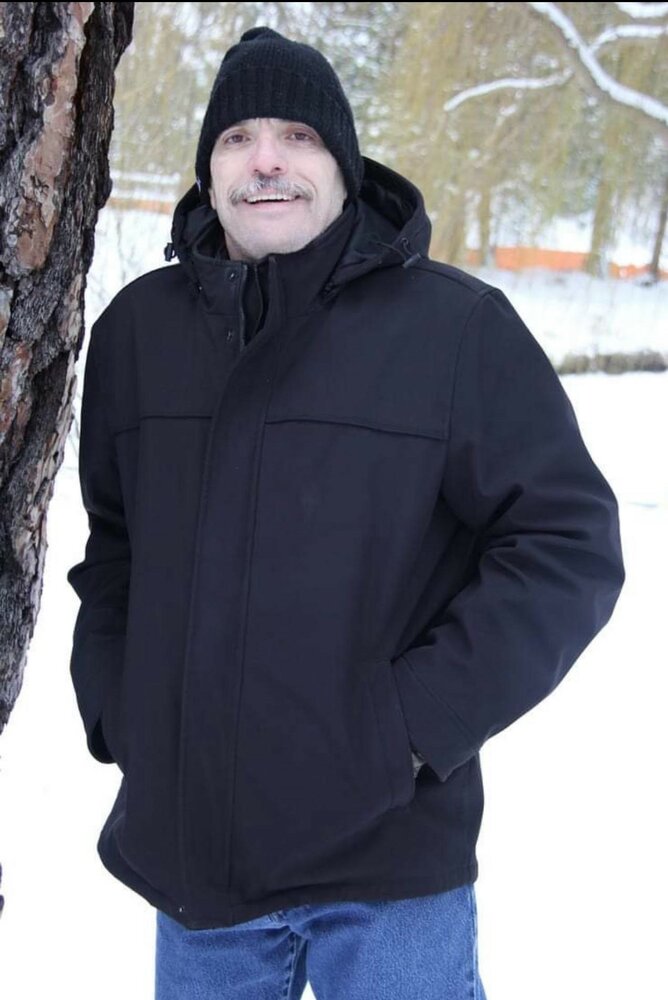 Larry Allen Joines (54) Post Falls, ID resident passed away at his home on September 12, 2022 after a courageous 15 month battle with cancer.  He was born to Irvin and Joyce (Tindell) Joines on November 25, 1967 in Evansville, IN.  Larry grew up in Indiana and California before his family moved to St. Maries where he finished his schooling.

Following his time in high school, he worked various jobs in the area including bartending at the Korner Klub.  It was actually there where he met the love of his life Debra Duke.  They had an instant connection and married on June 26, 2004 in Coeur d’ Alene.  The couple had daughter Alexis and his son Jesse from a previous marriage.  They made their home in Coeur d’ Alene, Rathdrum, and Post Falls.

In 2000 Larry went to work at the Coeur d’ Alene Casino as a Floor Attendant.  He was a very dependable and dedicated employee, and clients of the casino enjoyed visiting with him when they were there.  He received a cancer diagnoses in June of 2021 and his failing health forced him to retire after 21 1/2 years of service.

When Larry wasn’t working, he enjoyed collecting cars and attending car shows.  Most importantly, he loved spending time with his family and his grandchildren were his whole world.  Larry was a simple man who enjoyed simple things.  He was blessed with the gift of gab, and enjoyed and treasured everyone he visited with making friends with just about anyone who crossed his path.

A Celebration of Larry’s life will be planned at a later date.

Larry’s family would like to thank Auburn Crest Hospice for taking great care of him during his last days.

A Memorial Tree was planted for Larry
We are deeply sorry for your loss ~ the staff at Hodge Funeral Home
Join in honoring their life - plant a memorial tree
Services for Larry Joines
There are no events scheduled. You can still show your support by planting a tree in memory of Larry Joines.
Plant a tree in memory of Larry
Share Your Memory of
Larry
Upload Your Memory View All Memories
Be the first to upload a memory!
Share A Memory
Plant a Tree